Mrs N. Drury must have been a lovely lady. I found two postcard sent to her by her children and grandchildren in two subsequent years. 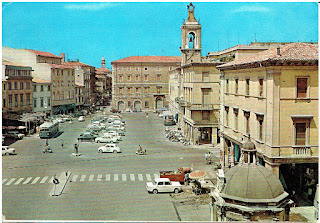 The first one was sent by her grandson, Richard, from Rimini, Italy. Mrs Drury lived in Middlesex, England. 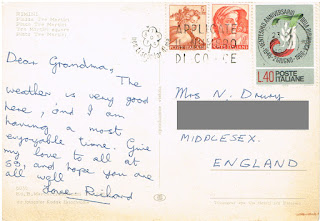 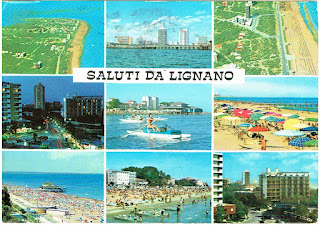 One year later, the rest of the family sent a postcard from Lignano. They wrote: 'Dear Mother, This time we found our way to the shores of the Andriatic Sea half way between Venice and Trieste.The weather is not so hot as Spain, but hot enough. The beach is very crowded with hundreds of Italian familys all looking after their bambinos. Hope you are well. Love Maurice, Peg, Phil and Steve'. 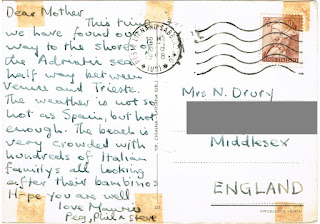