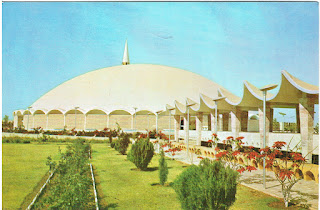 I have these three beautiful postcards from Karachi, Pakistan. Karachi (Sindhi: ڪراچي‎, Urdu: کراچی‎ ) is the capital of the province of Sindh, as well as the largest and most populous metropolitan city of Pakistan. It is the 2nd-largest city in the world by population. It is also the main seaport and financial centre of the country. Karachi is also known as City of Lights mainly due to city's night life, for which it is famous as the city which never sleeps. Karachi metro has an estimated population of over 23.5 million people as of 2013, and area of approximately 3,527 km2 (1,362 sq mi), resulting in a density of more than 6,000 people per square kilometre (15,500 per square mile). 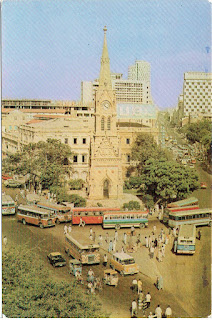 It was the capital of Pakistan until Islamabad was constructed as a capital to spread development evenly across the country and to prevent it from being concentrated in Karachi. Karachi is the location of the Port of Karachi and Port Bin Qasim, two of the region's largest and busiest ports. After the independence of Pakistan, the city population increased dramatically when hundreds of thousands of Muslim Muhajirs from India and from other parts of South Asia came to settle in Karachi. 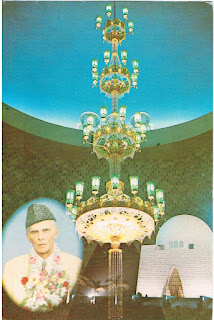 The city is located on the Arabian Sea coastline. It is also known as the Uroos ul Bilaad "The Bride of the Cities" and the "City of the Quaid", having been the birth and burial place of Quaid-e-Azam, the Great Leader, Muhammad Ali Jinnah, the founder of Pakistan, who made the city his home after Pakistan's independence from the British Raj on 14 August 1947.
Posted by ikouneni at 5:18 AM